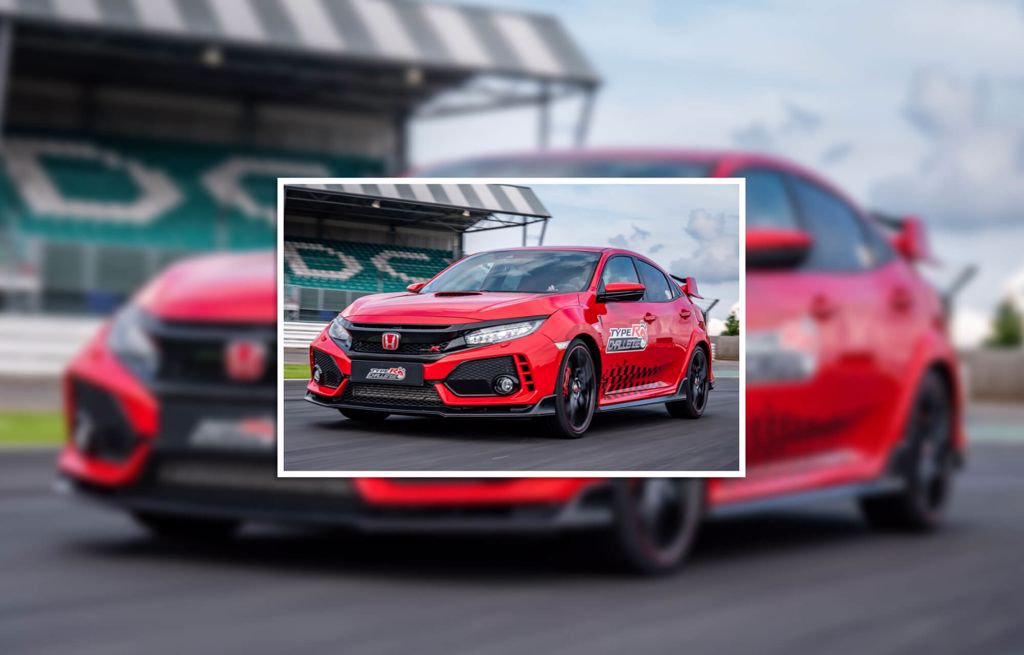 Following two successes in the Honda Civic ‘Type R Challenge 2018’ at the Magny-Cours and Spa-Francorchamps circuits the high-performance hatchback has set a new 2mins 31.32secs lap record for a front-wheel-drive production car at the Silverstone GP circuit in the UK, beating the benchmark set by the previous generation Civic Type R in a similar challenge in 2016.

The Type R was piloted by three-time British Touring Car Championship winner Matt Neal, who is currently campaigning a Honda Civic Type R in the 2018 BTCC with Halfords Yuasa Racing.

The Silverstone GP circuit is a thrilling 5.89km track featuring fast straights and high-speed corners, combined with more technical sections that demand pinpoint placement of the car. With tremendous outright pace from its optimised 2.0-litre VTEC TURBO engine, the Civic Type R provided blistering performance to enable Neal to make the most of the straights and accelerate quickly out of the sweeping corners.

Furthermore, the speed of the circuit means that aerodynamic characteristics are key – and Civic Type R’s best-in-class balance between lift and drag delivered a significant benefit. In the car’s +R mode, the Adaptive Damper System produces a firm and flat ride, enabling more speed to be carried through Silverstone’s flowing curves.

Speaking about the lap record, Matt Neal said: “Where I found the real advantage of the Type R was really in the high-speed corners – the stability which is a combination of the aero and the new advanced suspension system. Into corners like Copse and Stowe at the end of the Hangar straight, you can carry big entry speed with supreme confidence.”

Continuing his commentary on the Type R itself, Neal added: “There isn’t just one point that makes this Type R the best in its class – it’s across the board. It’s a completely new platform from its predecessors from the ground up, and Honda have scrutinised and improved every area from the stability of the handling with the multi-link suspension, the aero, the centre of gravity which is lower, it’s wider, it’s longer, the feedback the driver gets through the steering, the power delivery of the engine – it’s a step forward in every direction.”

The new benchmark time for the Silverstone circuit is the fourth lap record to be claimed by the new Honda Civic Type R. In April 2017, a production development car became the fastest front-wheel drive production car ever around the Nürburgring Nordschleife, with a lap time of 7mins 43.8secs. Following that, the ‘Type R Challenge 2018’ started with WTCR driver, Esteban Guerrieri, setting a new 2mins 1.51secs lap record for a front-wheel-drive production car at the Magny-Cours GP circuit in France, before Bertrand Baguette clocked 2mins 53.72secs in the same car at Spa-Francorchamps in Belgium.

The new Honda Civic Type R retains the heritage of Honda’s high-performance hatchback bloodline and is the fastest accelerating and quickest car in its class. The latest car to sport the famous ‘red H’ was part of the all-new tenth-generation Civic’s development programme – the largest in Honda’s history – and was engineered to deliver the most rewarding drive in the hot hatch segment, both on road and on the race track. It features a lightweight, highly rigid bodyshell, low centre of gravity, and sophisticated dual-axis strut front suspension system, which reduces torque steer and enhances on-the-limit cornering.